Kenya is an incredibly safe country for foreign visitors. Travelers may attract attention from beggars and potential pickpockets. Don’t be afraid to explore your boundaries – just be take…

1. Kenya is an incredibly safe country for foreign visitors. Travelers may attract attention from beggars and potential pickpockets. Don’t be afraid to explore your boundaries – just be take caution.

3. The National anthem, adopted in 1963 is based on a traditional Kenyan (Pokomo) folk song.

4. Machakos was the first administrative Centre for the British colony, but they moved the capital of Kenya to Nairobi in 1899 since Machakos by-passed the Uganda Railway that was under construction.

5. Many classic adventure films were shot on location in Kenya, including The Snows of M.t Kilimanjaro and Out of Africa.

6. That Treetops Hotel is where the then Princess Elizabeth of England was staying with her husband (then Philip Mount batten, but now Prince Philip) when her father, the then King died. She then became queen while in Kenya.

7. The Majority of the people in Kenya are Protestants with Christians making for almost 85% of the population.

8. Kenya has the sixth highest population in sub-Saharan Africa, behind Tanzania, South Africa, the Democratic Republic of the Congo, Ethiopia and Nigeria.

9. Kenya hosts one of the “7 wonders of the world” – the annual wildebeest migration in Masai Mara.

12. Giant crocodile fossils have been discovered in Kenya dating from the Mesozoic Era, over 200 million years ago found during an excavation conducted by a team from the University of Utah and the National Museums of Kenya at Lokitaung Gorge, near Lake Turkana.

13. The first inhabitants of present-day Kenya were hunter-gatherer groups, akin to the modern Khoisan speakers.

14. Kenya has a cheaper way of traveling to Mombasa from Nairobi and back on a new established high-speed train which runs everyday. However, tickets need to be booked in advance.

15. Kenya has had 4 presidents

I am a tour operator working with Wild Peak Adventures. We offer Kenya Safari and Tanzania safari to exciting destinations includig Masai Mara one of the most visited game resrve in Kenya 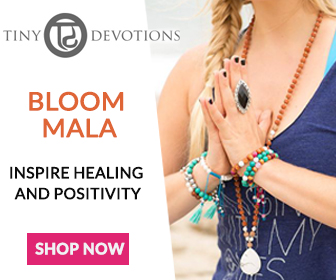