The places, history, culture, botanical gardens and other monuments of interests in Algeria are the reasons why many travelers have made Algeria as their tourist destination. This article has briefly compiled the major tourist attractions of Algeria.

Algeria is a least explored place on earth by travelers and tourists, not because it’s not worth exploring but because of the less information about the region among the tourists. There are so many places of interests in Algeria that it cannot be ignored at all.Just like prehistoric rock art of Tassili n’Ajje and botanical gardens and impressive palaces of Algiers. The ancient towns and desert region of Algeria makes it unique in a way too.

Many people like the idea of Algeria tourist destination, due to its locality in North Africa. Those who are looking for beautiful beaches visit the northern side of the country. Some common beach resorts are Les Andalouses, Canastel, Mostaganem and Ain El Turk. To study the tribal and cultural aspects of Algeria you can visit places like Tassili N’Ajjer and Hoggar regions, near the town of Tamanrasset, unique on its own and because of this reason most people are considering Algeria as tourist destination.

You should also visit the Monument des Martyrs, which was created to remember the struggles and sacrifices of its people for the Algerian war for Independence. The monument basically features Eternal Flame shelter and palm leaves which contain the statues of soldiers symbolizing the struggles of Algerian people during war.

The top rated restaurants of Algeria are Le Taj Mahal, Restaurant Chez Sauveur and Auberge Du Moulin. Those who like shopping can buy local carpets, jewellery, crafted woods, can visit street markets for local handicrafts. But Friday is not a good day for shopping because most of the shops are closed on Fridays, so keep that in mind while you are there. You can always find olives and dates, local spices in Algeria.

“Algeria Tourist Destination” yes think about it and definitely give a visit while you never know what you are missing. 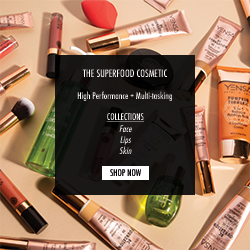