Uncovered by well diggers near the city of Xi’an, China in 1974, the Terracotta Army is one of the greatest archaeological discoveries in history. What, When, How, Why, Where? The Terracotta A…

Uncovered by well diggers near the city of Xi’an, China in 1974, the Terracotta Army is one of the greatest archaeological discoveries in history.

The Terracotta Army, which consists of thousands of unique, life-sized clay soldiers poised for battle, is arranged by rank with weapons and horses to protect the tomb of China’s first emperor. Ying Zheng assumed the throne in 246 BC and unified warring kingdoms by his thirteenth birthday. He took the name of Qin Shi Huang Di (First Emperor of Qin), standardised weights and measures, linked states by roads and canals and is thought to have built an early version of the Great Wall.

He reportedly ordered the construction of the mausoleum just after taking the throne, and it is thought that there are originally 8,000 figures, although the exact total may never be known. Over 700,000 workers were tasked with producing the figures for 11 years, and they are truly a spectacle to behold.

Located 1.5km from Emperor Qin Shi Huang’s tomb in Lintong, this is a site not to miss on your trip to China. Thought to protect the Emperor and accompany him into the afterlife, the army of individually decorated and designed life-size figures are steeped in history and well worth the journey to see them.

Xi’an is reachable by plane from Beijing in 2 hours, Shanghai in 3 and by high-speed train in 6-7 hours from both. You can join a guided tour, visit the museum or do it by yourself – independent travellers should note that it’s quieter in the afternoon, but that the last bus back to Xi’an downtown departs at 7pm.

Top Tips for Travelling to China

Although it may seem vast, mysterious and daunting, don’t let the idea of travelling to China overwhelm you.

Patrick Chong is the Managing Director of InsureMore, an award-winning team of specialists in global single trip, family and annual travel insurance for those planning to travel for business or leisure. If you’re looking for the best deal on travel insurance for Asia or policies for Europe, Africa, USA, Australia and anywhere else in the world, InsureMore can help. Besides offering great deals on travel insurance, Patrick also collects and shares the best free travel competitions to help his clients get the most out of their holidays. 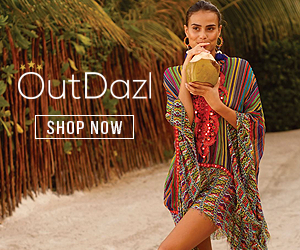