Cape Town is the second largest city of South Africa. With the name of South Africa, peace and fun are two words that come in the mind. South Africa is one of the most beautiful countries of Africa which is highly developed as well as

Cape Town is the second largest city of South Africa. With the name of South Africa, peace and fun are two words that come in the mind. South Africa is one of the most beautiful countries of Africa which is highly developed as well as advance. Cape Town is one city which any adventure lover will surely visit and enjoy because of the vast amount of activities it offers. The city has its wonders and excitements. South Africans turned out to be very wise than the rest of the African countries in spite of a violent crime rate. South Africa has the largest reserves of diamonds in the world and they have used the revenue for the development of the country rather than wars and fights. Cape Town is a fine example of the advance and developed country South Africa has become. The city offers some of the most exclusive activities that are purely European in essence. All the activities offered in the city are tourist attractions around the world increasing the revenues of the state.

Cape Town offers some of the most exciting activities like cable cars to the mountain tops, mountain climbing, Surfing, Kite Surfing, deep sea fishing, deep sea diving, shark diving, hiking, Cape Town helicopter touring and the list is countless. Just imagine the excitement of people heading to the awesome city. All the activities nonetheless give a rush of adrenaline to their takers. The deep sea diving in the beautiful clear waters of South Africa has a lot of tourist attractions. Beaches of Cape Town are pure, blue and lovely to roam around. The beaches offer so many activities in Cape Town making them the center of focus of the tourists and city officials. Surfing and Kite surfing has become very popular sport in the lovely beaches of Cape Town. Shark seeing is also one wild activity that divers can enjoy. Cape Town beaches have offered a lot of wild activities at night time as well.

The famous cruises of can give an opportunity to see the wonders of the beach at night in one hour or two hour extravagant trips. Cape Town is also the sport hub of South Africa. FIFA cup has been hosted in the beautiful city of Cape Town. Along with the most famous sport of the world football, the city also popularly participates in Cricket and rugby. The South African cricket team is certainly one of the best and strongest in the world of cricket if not in football. The city hosts many cricket matches in the national cricket stadium. In addition to all these sports, the city has served host to summer Olympic Games twice. Cape Town has its part in the Government and economics being the second largest city of South Africa. The city hosts many conferences and conventions around the year. It is a business hub of South Africa. Many new projects and buildings turn up at every nook and corner of the city making it a strong economic hub of the country. 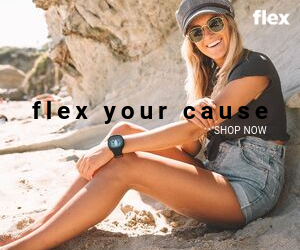