It is a land where most part is still unexplored. But the wildlife, rainforests and simplicity makes Congo tourist destination for travelers.

“Congo Tourist Destination” yes the very thought of Congo as your next tourist destination makes you fill with questions. Congo is officially known as Republic of Congo. Located in Africa it is home to many lowland gorillas and wild chimpanzees. Congo has dense rainforest and jungle. The capital, Brazzaville lies in the west bank of the River Congo. Brazzaville is known for its remnants of colonial architecture which gives it a European look rather than African. Basilique St. Anne, the Temple Mosque, The National Museum and mansion built for Charles de Gaulle are the most stunning and beautiful buildings in Congo. Most people don’t know much about Congo, this same very reason has made Congo tourist destination among the travelers.

Major attractions of Congo include the surf beaches of Pointe-Noire, the white-water Congo River rapids in Odzala National Park. If you go to the area North of Ouesso, here you will find highest density of forest elephants. These forest elephants are smaller than plain elephants and have smaller ears. In forests of Congo you will find Bongo, which is a beautiful striped antelope, you will also find giant forest hog and different species of birds.

Parc Nationale de Odzala consists of virgin forests that have an abundance of wildlife, many pygmy villages and tribes. Pointe-Noire is also known as the holiday capital of Congo. It is known for its beautiful beaches and clear waters untouched by the population. In Pointre-Noire there is this evening market which is brilliant in its type full of crowd.

The Gorges of Diosso is another great place. Here you will find spectacular cliffs formed as a result of erosion by the sea and the wind. In the main urban areas of Congo there are markets and shops from where you can buy wooden masks, wooden sculptures, paintings and ceramics. The Arts and Crafts Centre at Poto Poto in Brazzaville sells ethnic crafts. The Moungali and Ouendze are other markets from where you can do your shopping. If you are looking for pottery and basketry then you should visit open-air-markets in the villages of Makana and M’Pila. The unique art and craft products of Congo have eventually started attracting many tourists. The love for the handicrafts have made visitors to make Congo tourist destination a reality.

The best time to visit Congo is from May to September in Brazzaville and from December to February for north. Some of the best accommodations in Congo are; Cosmos Hotel, Hotel le Guest House, Malonda Lodge, Camp de Lokoue, Pullman Hotel Cosmos, Bougainvilleas Hotel and Cotiere Hotel. Those who want to explore Africa should consider Congo tourist destination as their next destination. 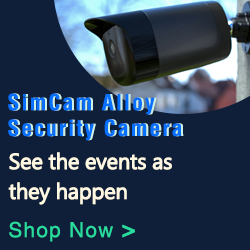