Denmark is regularly voted as the happiest place on earth. Denmark tourist destination is the favorite destination for tourists from neighboring countries.

Denmark is a Scandinavian country situated in Northern Europe. It is ranked 43rd in World Tourism rankings. Many travelers from neighboring countries like Germany, Sweden, Norway and Netherlands have made Denmark tourist destination. And it has become quite popular among them. The Danes are basically a wonderful and warm people and Denmark has been regularly voted as “the happiest place on earth” in terms of health and prosperity.

Copenhagen, once a Viking fishing village is Denmark’s capital. It has become a major city and is considered as one of the most beautiful cities of Scandinavia. Copenhagen has numerous places to visit such as Copenhagen Opera House, Copenhagen Zoo, Tivoli Gardens and the world famous statue of the Little Mermaid in Copenhagen harbor which is the reason why many people make Denmark tourist destination.

Odense is the third largest city of Denmark and it is filled with churches, museums and palaces. Some of the important churches are Saint Canute’s Cathedral and Vor Frue Church. The island of Bornholm in the Baltic Sea to the south of Sweden offers tourists a variety of attractions including the rocky seascapes, picturesque fishing villages and sandy beaches. Funen have number of small towns near the coast named Faborg and Svendborg. These are major tourist attractions because here you can see castles and enjoy the beauty of the island. You can also visit Thuro, Aero and Tasinge, which are islands having narrow streets and thatched cottages. Those who like to spend time on beaches make Denmark tourist destination.

Aalborg is the fourth largest city of Denmark, which is strategically situated beside Limfjord. The major tourist attractions in Aalborg are the Aalborg Historical Museum, Jens Bang’s House and Aalborghus Castle. Billund is another beautiful tourist destination in Denmark, famous for its lakes and gardens. The transport system is good here and it also holds the headquarters of the Lego Group.

The cuisine of Denmark is associated with the food of Scandinavian countries. The cuisine of Denmark is influenced by other countries such as Holland, Sweden and some part of Germany. Meat, fish and other sea foods are staple part of Danish cuisine. Potato is the commonly used vegetable and is found in all meals. Bread is present in every household of Denmark as a part of their diet. Danish cuisine is known for its open sandwiches, meat balls and sweet pastry. Denmark is also known for its beer (Carlsberg and Tuborg). Denmark tourist destination has sure become an ideal tourist destination. 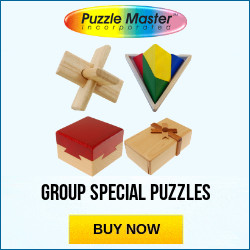