A Nile cruise has historically been considered the highlight of an Egyptian holiday, evoking romantic memories of idyllic days spent floating in luxury among Ancient Egypt’s iconic sights. A Nile cruise in Victorian times was the only way to see some of the most impressive ancient temples in Egypt. Modern tourists have more choices at their disposal; and while cruises in Nile are still common, some are offset by the thought of being confined to a ship for most of their holidays.

The river is now much more busy than it was in the past, and with more than 200 cruise ships plying their trade, there are queues to go through the locks and dock at each point of landing.

Let’s weigh the pros and cons of a cruise in the Nile, so you can determine if it’s a good fit for your trip to Egypt.

Many Nile cruises will arrive in Luxor and visit Esna, Edfu, and Kom Ombo’s popular sites before they depart for Aswan. Many routes fly directly to Aswan and operate towards the same sights north down the Nile. Most cruises are going to last for at least four days. There are many different vessels to choose from, ranging from traditional paddle steamers (the best fit for those who respect heritage and authenticity) to luxurious modern cruise ships (aimed at those for whom personal comfort is a priority).

Your budget and personal preferences will determine which cruise you choose-though during the scorching summer months it is advisable to choose a cabin with air conditioning.

Many cruise ships use an Egyptologist’s services to guide your party around the ancient sites you’re seeing along the way. Days start early to avoid the afternoon’s intense heat; and as such, all cruises tend to operate on a similar schedule (which can result in overcrowding at the docking sites and temples themselves). Modern ships usually have a swimming pool so that after your morning explorations you can cool off; while some provide nightly entertainment in the form of belly dance shows or dress-up evenings on the ship.

Food on board is usually excellent, ranging from generous buffets to set dinner menus. Make sure to find out what’s included before choosing your operator.  Recommended itinerary for Cruises   Luxor and Aswan Travel aboard the Steam Ship Sudan offers the last word in exclusivity and refinement of the Victorian era. Built in 1885 for King Fouad, the steamship was the direct inspiration for the popular novel Death on the Nile by Agatha Christie and still features much of its period furniture and machinery. A voyage on the Steam Ship Sudan is a beautifully intimate experience with only 18 cabins and five suites; however, those who look forward to pool drinks or lavish entertainment will be disappointed.

The 22-room Oberoi Philae combines a traditional exterior with luxuriously appointed cabins, a temperature-controlled outdoor pool, a movie theater, and a dance floor.

Budget travelers should consider booking a felucca cruise like the one offered by On The Go Tours. Feluccas are traditional Egyptian sailboats, the like of which have plied their trade on the Nile for centuries. They are wind-powered and as such have a more fluid itinerary; while their smaller size allows them to dock at places of interest that don’t have the infrastructure for larger cruise ships. There is no luxury on a felucca cruise; you will sleep on deck in a sleeping bag that you bring with you; the food is basic and amenities are limited to a toilet and shower on the accompanying support boat.

However, the experience is probably one of the most authentic (and certainly the cheapest) on the river. 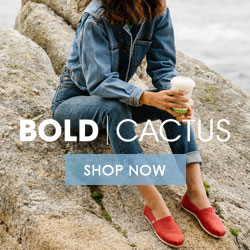