Jordan is a Middle Eastern country known for its River Jordan and ancient city of Petra. Jordan tourist destinations are visited by many travelers because of its historical significance and the beauty of its culture.

Jordan is a kingdom which is situated on the East Bank of the River Jordan. It is basically a Middle Eastern country which is home to famous Jordan River, ancient city of Petra and the burial place of Moses at Mt. Nebo. Jordan tourist destinations have historic relevance to them due to which many tourists come here.

Amman, the capital of Jordan since 1921 is also known as the “white city”. The Jabal areas of Amman are home to many excellent hotels. The lively central market portrays a traditional city. Here you will find the remains of Greek, Ottoman Turk and Roman occupations. The Roman amphitheater of second century A.D. is the center of the city. You can also visit Jebel el Qalat which is home to the National Gallery of Fine Arts, Archaeological Museum and the Popular Museum of Costume and Jewelry. This city is therefore one of the most favorite Jordan tourist destinations among travelers.

River Jordan is a sacred spot of Christians where Christ was baptized. This river is 250 kilometers long and it flows on the famous Dead Sea. The Dead Sea is considered to be the lowest point on the planet which is 400 meters below the sea level. It is known to have medicinal properties and helps in curing skin diseases. This place is also one of the significant Jordan tourist destinations and is in fact the subject of many researches and studies.

Jerash is a Graeco-Roman city which is preserved by the deserts sands. This site is famous for the Hippodrome, Triumph Arch, the Theaters, the Great Elliptical Forum, Roman Bridge and Temple of Artemis. Al Karak is famous for Karak Castle. This castle was built during the 1140s. Its design was influenced by Arab and European styles.

Aqaba is the Jordan’s only port known for its excellent beach and water sports facility. It also has many good restaurants and small shops. Here you can enjoy scuba diving, windsurfing, diving and fishing. Petra is a colored city which was carved out of rocks. It has many structures such as the Royal Tombs, Monastery and Treasury. It also has the High Place of Sacrifice and the Roman Theater.

You can do shopping in Aqaba, Irbid and Amman. Amman is famous for its shopping malls, penthouses and luxury hotels. Jordan tourist destinations cover every aspect of tourism and it has indeed become an ideal place to visit.

The cuisines of Jordan offer a huge variety. Here you will find the variety of kebabs, sweets and many Middle Eastern dishes. Mansaf is the national dish of Jordan, it is basically a lamb cooked in yoghurt along with some herbs and spices and is served with rice. Other famous dish is Stuffed Baby Lamb, which is a roasted lamb stuffed with chopped onions, rice, nuts and raisins. 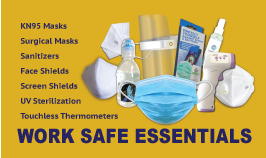