Luxembourg is a landlocked country of Europe, which is the only remaining Grand Duchy of the world. It is true that Luxembourg tourist destinations have lot of attractions to offer.

Luxembourg is basically a landlocked country situated in Western Europe. This country is the only remaining Grand Duchy of the world. It is ruled by a Grand Duke. Luxembourg has many fantastic hotels and features a unique fusion of traditions and customs. It is largely made up of forests and rolling hills. Luxembourg tourist destinations are visited by many tourists every year.

Notre-Dame Cathedral of Luxembourg is considered its most important religious site. It was built between 1613 and 1621. It houses the royal family vault, the sacred sarcophagus of John the Blind and treasury. The Notre-Dame Cathedral holds the annual Octave of Our Lady of Luxembourg which takes place right after the Easter. This annual event draws thousands of pilgrims from all around the globe.

The Moselle Valley is known for its vineyard and winery. The slopes on both sides of the Mosele River are covered with vineyards. If you want to know how sparkling wines are made then you can visit the region’s wineries, where they will take you on a guided tour and explain the complete process. You can also visit Luxembourg’s health spa and its only casino, which are located in Mondarf-Les-Bains. These wineries are considered to be important Luxembourg tourist destinations.

Chateau of the Counts of Luxembourg was severely damaged in 1459 by a horrific fire. Here you will get to know about the history of this castle and the city. Every Wednesday and Saturday the market at Place Guillaume in the Luxembourg City is filled with colors. Here you will get vegetables, all kinds of flowers and many types of goods. The Casemates is an underground passageway of defensive network stretching 23 kilometers long and 40 meters below ground. National Museum of Arts and History on Marche-aux-Poissons shows interesting historical, geological and archaeological aspects and also shows art works from 15th to 18th century.

Grand Ducal Palace shows Spanish Renaissance architecture. This palace was built between 1572 and 1574. It is now the official seat of Grand Duke. From 15th July to 2nd September its interior are open to public for exhibition. These historical Luxembourg tourist destinations attract many visitors every year.

Luxembourg’s cuisines show a mix of Latin and German influence. Some of the famous dishes of Luxembourg are; Ham in Hay (smoked ham is steamed over a bed of hay), Jugged Hare (made of hare served with noodles and red cabbage), Green Bean Soup, Nattle Soup, Potato Soup, and Trout in Riesling Sauce. Therefore these Luxembourg tourist destinations provide its visitor with huge variety of spectacles. 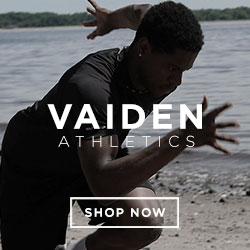