Mozambique is located in southeastern Africa and is famous among tourists looking for adventure. Mozambique tourist destinations are frequently visited by travelers from all around the globe.

Mozambique is a country located in southeastern Africa with Maputo being its capital. Mozambique tourist destinations are famous among travelers who like some adventure in their trips. It attracts those who love scuba diving and those who like the idea of spending some leisure time on beaches.

Maputo, the capital city of Mozambique is also its largest city. It is home to the country’s most important harbor. Some popular places of interests of Maputo city are; the Railway Station in Praca Dos Trabalhadores. It was beautifully designed by Gustave Eiffel, the National Art Museum (has a collection of Mozambican art), the Museum of Revolution, Mercado Central and Avenida Julius Nyerere. Some of the beautiful beaches of Maputo are Ponta d’Ouro and Catembe. Many South African surfers and divers visit Ponta d’Ouro. Maputo is one of the most popular Mozambique tourist destinations.

Bazaruto is an island resort which has a marine reserve park. It consists of five beautiful islands. Bazaruto is also known as the ‘Pearl of the Indian Ocean’. Inhambane is a historic town with some great colonial architecture. It is one of the prettiest towns in Mozambique and is situated on a peninsula overlooking a bay. Tofo is a place full of pumping nightlife, beaches and is a great diving and snorkeling destination, it also has some really good restaurants. Due to these reasons Tofo is sometimes described as “the next Goa” and is one of the major Mozambique tourist destinations.

Cahora Bassa is a hydroelectric dam in River Zambezi. It is the second biggest man-made lake in the African continent. You can enjoy boating, sightseeing and fishing on the dam. Nampula is a place surrounded by the rocky outcrops and plains, and is also the capital of Nampula Province. It is famous for its ethnology museum and the large domed cathedral. Pemba is home to coral reefs located near the shore, it is a famous spot for upper and middle class people of South Africa and Mozambique. The port town of Pemba is famous for its colonial architecture which portrays Portuguese style in it. Mozambique tourist destinations provide a huge array of natural beauty. 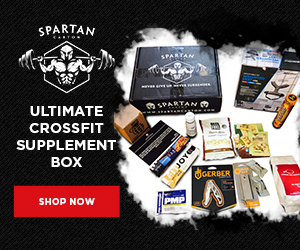