Romania, situated in East of Europe is home to many lakes, rivers, splendid mountains, beautiful rolling hills and fertile plains. Romania tourist destinations with such a huge variety of vivid features are sure an ideal place for tourists.

Bucharest is the capital of Romania which is situated between the Carpathian Mountains and the Black Sea. Bucharest is also known as the “Paris of the Balkans”. It has many Wallachian wooden and bell-towered mansions, Byzantine-style chapels and neo-classical buildings. Other significant places of attractions in Bucharest are; the Museum of the Romanian Peasant, The National History Museum of Romania, The Museum of History of Bucharest, Palace of Mogosoaia, Palace of Buftea, Snagov Monastery, Caldarusani Monastery and many more. Bucharest also has many trendy bars and clubs. Bucharest is thus considered as one of the major Romania tourist destinations.

Biertan has a fortified church protected by tall walls. Close to this church is a small building where couples willing to get divorced are confined for two weeks. His house has a set of cutlery and only one bed. The Black Sea Coast is ideal for family holidays. It has many resorts such as Jupiter, Eforie Nord, Mnagalia, Eforie Sud and Mamaia. It boasts of daytime and evening time cruises along with centers for water sports. A visit to Greek / Byzantine port of Constanta which was founded in sixth century B.C. is also a nice place to visit.

The Berca Mud Volcanoes situated at the County of Buzau is a geological and botanical reservation. It is divided into two parts known as the Big Mud Volcanoes and the Little Mud Volcanoes. Here you will find plant species like Obione Verrucifera and Nitaria Schoberi. Carpathian Mountains are densely forested mountainous area which has become a hub for many leisure and sporting activities such as bob-sleighing, horse riding, skiing and tennis. Romania tourist destinations are visited by many tourists from different parts of the world.

Merry Cemetery located at the County of Maramures is famous for its colorful tombstones. Each tombstone has the descriptive painting of the deceased. Since it promotes the Dacian culture it has become one of the major Romania tourist destinations.

The Romanian cuisine is influenced by foreign settlers who occupied the land in past. Romanian traditional cuisine normally features meat. Sausages, stews and cabbage rolls are some of the popular dishes. Muschi poiana is a dish which consists of bacon and mushroom stuffed beef in tomato sauce and puree of vegetables. Saramura is a traditional Romanian fish dish which is grilled and salty. Zama which is basically a green bean soup is made of parsley, chicken and dill. 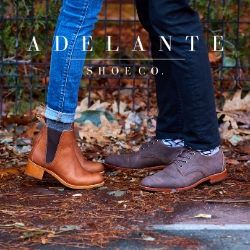