South Korea, situated in East Asia is a sovereign state which has many historic sites, waterfalls, ancient shrines, natural parks and many more. South Korea tourist destinations with so many distinctive characteristics attract many tourists from all parts of the world.

South Korea is a sovereign state in East Asia. It is home to many pre-historic sites, palaces, majestic forts, ancient shrines, national parks, cultural villages, waterfalls, verdant valleys and, golden beaches and islands. With so much to offer the South Korea tourist destinations have attracted many tourists from different parts of the world.

Seoul is the capital of South Korea since 1394. It is a sophisticated and bustling commercial center and is Korea’s number one destination for foreign visitors. Changdokkung Palace is surrounded by Secret Gardens and the Chongmyo Shrine which is set in wooded grounds is home to the ancestral tablets of the Kings of the Joseon Dynasty. You can visit Itaewon district for fashion shopping and nightlife. Lotte World is a huge entertainment complex with theme park, sports facilities, luxury hotel and many more. Seoul is one of the major South Korea tourist destinations.

Andong is famous for its old culture and aristocrats. The Andong Folk Village and Folk Museum displays the relics of ancient Korean culture. In the restaurants of Andong you can have traditional Korean food. During the autumn Mask Dance Festival takes place in Andong. Busan is the second largest metropolis of South Korea. It is home to the Busan Tower in Yongdusan Park. From this tower you can view the entire city. You can also visit the UN Cemetery where many UN soldiers of Korean War were buried. Jeju Island is home to many lovely beaches, fishing facilities, scuba diving, waterfalls and hot springs. You can also visit the Jeju Folk Village Museum and Folkcraft and National Museum. Jeju Island is also home to the tallest mountain, Mount Hallasan which has a beautiful Crater Lake. Those who like nature will not be disappointed at all by South Korea tourist destinations.

Haeinsa is known to have the holiest Buddhist shrine in Korea. It is basically a ninth century Buddhist temple located in Gayasan National Park. It consists of 81000 wooden blocks which have the entire scriptures printed on them. These blocks can be viewed through a slatted window.

Korean cuisine is based on tofu, meats, noodles, vegetables and rice. Pekpan is a typical Korean meal which consists of rice and many side dishes like the Kimchi which is the fermented vegetable dish. Kimchi is also the most famous Korean cuisine and is served with every meal. Puulgogi is thin strips of beef marinated in onion, garlic, black pepper, sugar and soy sauce. Pajeon is a pancake made of flour and eggs with green onions, fresh baby clams or oysters cooked on frying pans. Those visiting South Korea tourist destinations should definitely try local Korean cuisines. 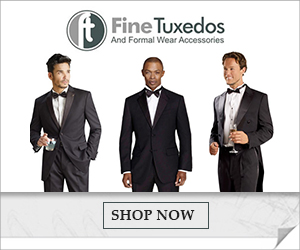