Sri Lanka holidays offer a wide variety of places to visit and are an incredible travel destination.

This island, situated off the coast of India in the Indian Ocean, provides tourists with an amazing variety of ecosystems to enjoy and learn. In towns like Colombo and Kandy, visitors can follow the fascinating past of the island, from ancient times to the colonial era to the present. There are eight UNESCO World Heritage Sites on this comparatively compact island where this history is protected.

Bear in mind that the country experiences its rainy season from May through August while preparing for family tours in Sri Lanka, making December through April normally the best time to explore. September, October, and November, the shoulder season, are also fine times to travel.

Kandy is situated in central Sri Lanka and is the former capital city of the Royal Family of Sri Lanka, the largest capital before the colonial era. Between the 15th and 18th centuries, the high point of what’s considered the “Kandian Era” was when the area remained independent when European powers colonized much of the coastal regions.

The national museum is a mandatory visit, as it highlights the region’s past and its people through exhibits and artifacts. Nearby, the Sacred Tooth Relic Temple is a very sacred Buddhist shrine that is a part of the complex of the royal palace.

Elephants can be seen by tourists to the park, as there is a huge population of them, along with crocodiles, water buffalo, and more. Currently, it’s one of the best opportunities in the world to see elephants in the wild.

There are leopards as well, but they can be very difficult to locate or spot. Monkeys and a wide assortment of deer and other mammals are also present. It’s also an excellent bird-watching spot.

In front of Udawalawe and also inside, there are some small lodging and guesthouses. The perfect times to visit are very early in the morning or very late in the day. You can even visit it as a day trip.

Galle is about a two-hour drive from Colombo via one of the first modern superhighways in the country. This ancient trade port primarily represents its colonial past and focuses on a large seafront fort dating back to the 17th century.

The whole Fort area is car-free, and this is a perfect spot to explore on foot. It’s impossible to get lost when the sea covers you from three sides.

The city is surrounded, aside from and beyond the fort, by some amazing beaches. The large sand beach, like others in the region, leads into the clear, turquoise water. Right under the famous Galle lighthouse, there is also a beach.

This beach is all about water sports, surfing, bodyboarding, snorkeling, and scuba diving, just 90 minutes from Colombo. From one of the beachfront stands, all the gear is readily available for sale. It’s one of the best surfing areas in the country, having the best waves between November and March.

There’s a broad beach, but it never gets too busy. If you want to stay overnight, there are a lot of beachfront stands selling all sorts of tasty local street food and a decent selection of small hotels and guesthouses.

It’s known for its coral as well. A protected marine environment and part of Hikkaduwa National Park, situated just off the shoreline, is the Hikkaduwa Reef Sanctuary. It was built to safeguard the coral reefs of the region and teach tourists about coral.

Located on the southeast coast of the island, this national park is popular for leopard safaris. Leopards are very rare, but there is a large population in the park and they can be seen even on a day trip. A significant population of Asian elephants, which are native to Sri Lanka, is also present in the park.

The park is home to some incredible, diverse landscapes and habitats, aside from the fauna. You will visit the coastal areas’ marine and a beach setting, track leopards through large grasslands, or discover tropical rainforests.

Within Yala, which is not far from the city of Hambantota, there are also several major Buddhist temples and shrines.

I have been working with challenging clients for over three years. I’m an expert in ghostwriting, content writing, financial writing, web writing, poetry, and creative writing.  You can easily communicate with me as I have excellent communication skills. I can understand and analyses any restrictions in a comprehensive way. 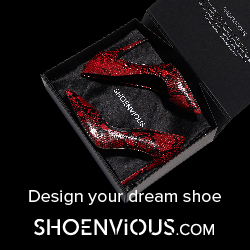